What did Sweden win? (Part 2), by Luís Garcia 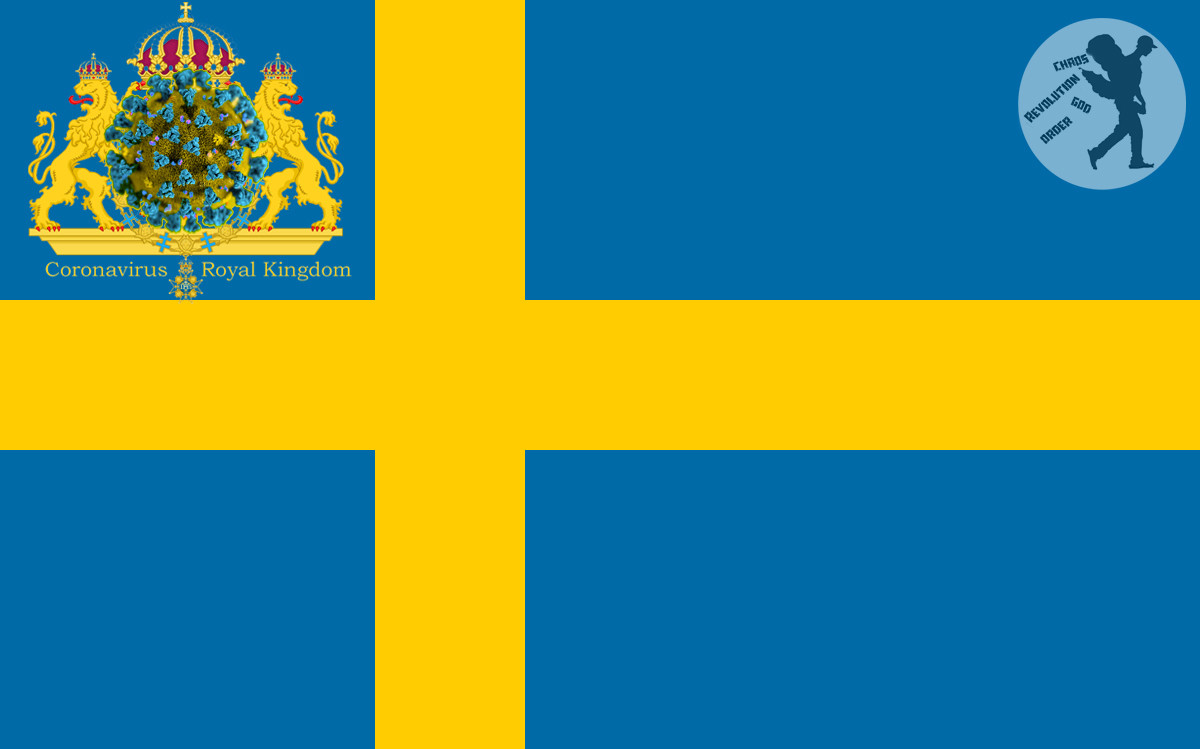 COMPARISON 5 - Fans of Swedish no-lockdown are incredible cherry-pickers, usually comparing the Swedish murderous policy to the late lock-downs in the US, the UK, France, Spain, and Italy. And that's all! They forget to compare Sweden with many other countries located on other continents, with different political systems, different policies, different races, different cultural backgrounds, different levels of development, or similar populations. Fine, just fine.

But what about their Scandinavian brothers? Apparently, most of the fans of Swedish murderous policy also opt to not compare Sweden with Denmark, Norway, Iceland, or Finland, for an obvious reason: all these countries performed far better.

So let's do it here. Let's compare this 5 Scandinavian nations with plenty of aspects in common: similar cultures (except for Finland), similar weather, similar geographical location (except for Iceland), similar population density (except for Denmark), similar political and economical systems, common history, and so on.

For instance, population density plays a big role in the spread of a new virus. Swedish policy's fans love to compare Sweden with countries like France or the UK, yet they fail to realize that the capital cities of these 2 countries have more inhabitants than the whole of Sweden, spread throughout 450,295 km2! Metropolitan France is not much bigger, with 551,695 km2, and the UK (with 242,495 km2) is actually smaller than Sweden. This is a very good reason to compare Swen with other Scandinavian countries instead of Western European countries. 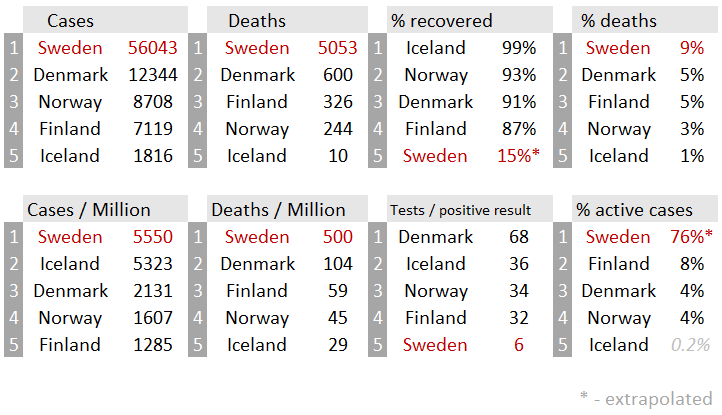 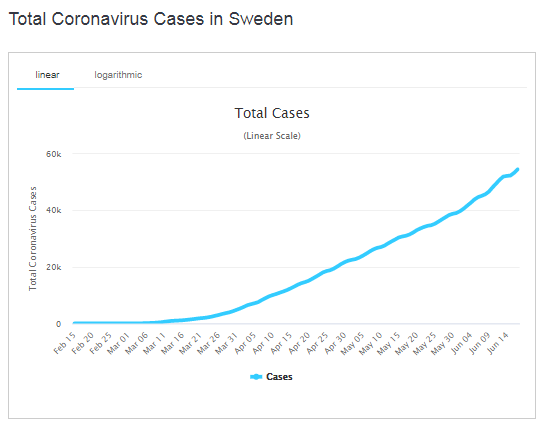 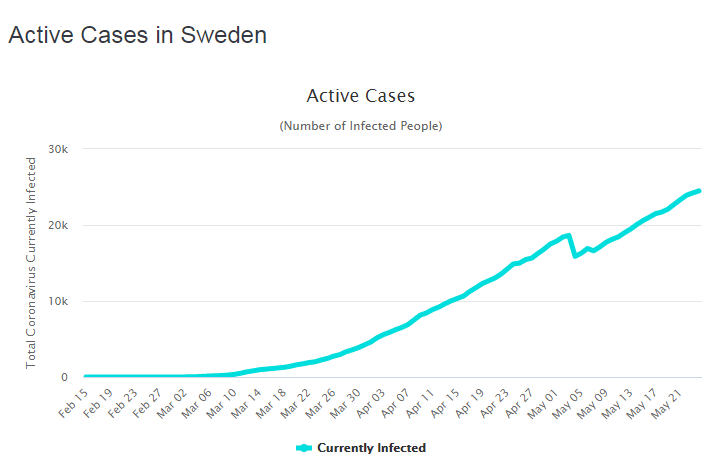 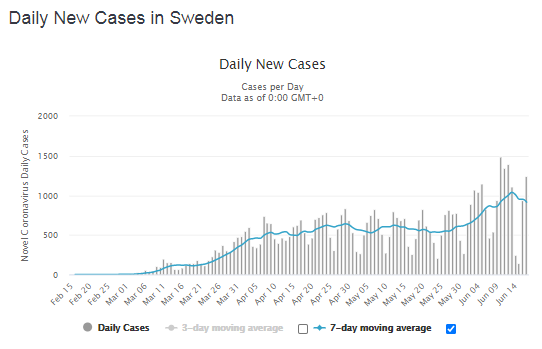 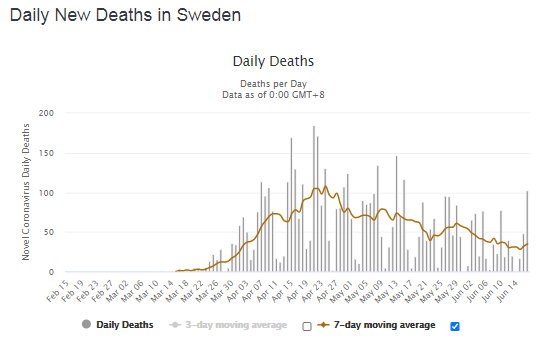 (Chart for active cases is the last one I saved. Sweden no longer provides this data) 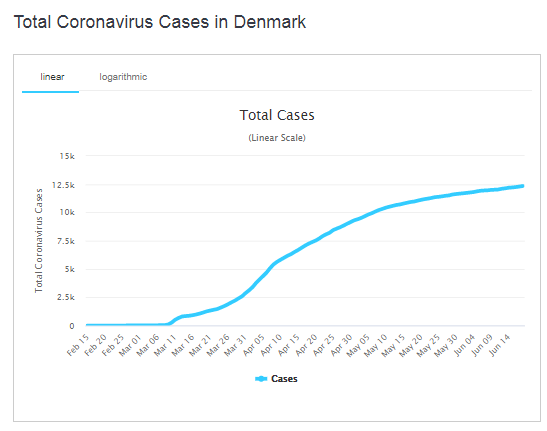 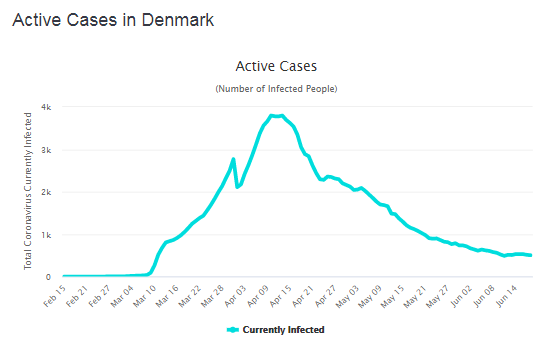 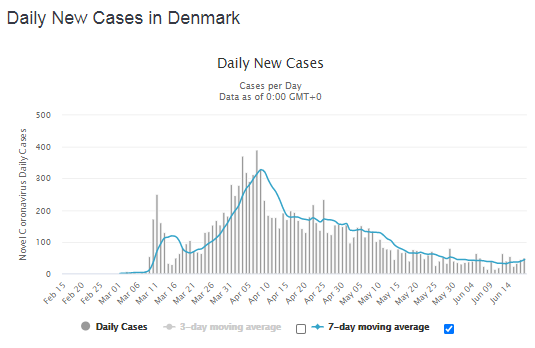 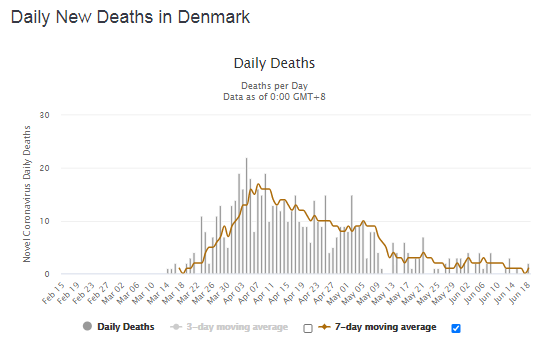 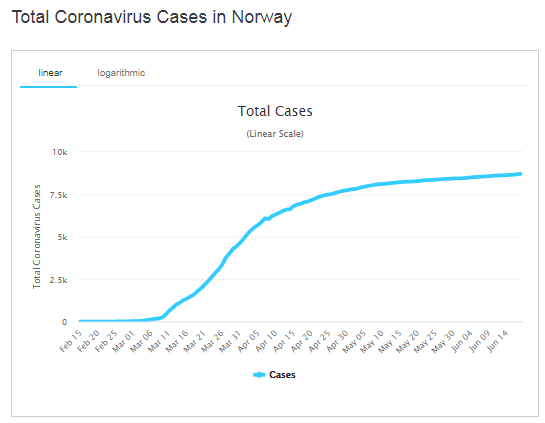 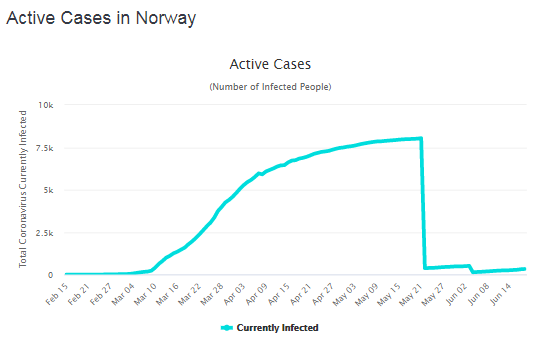 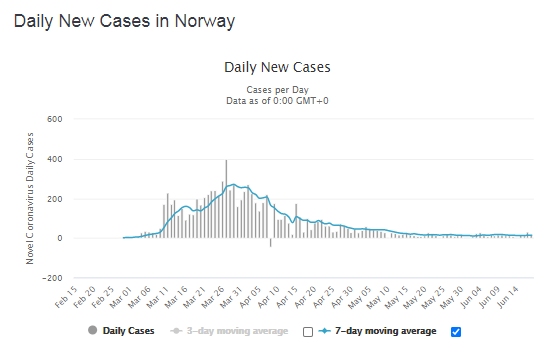 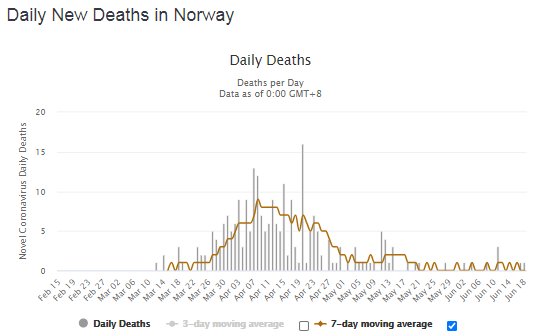 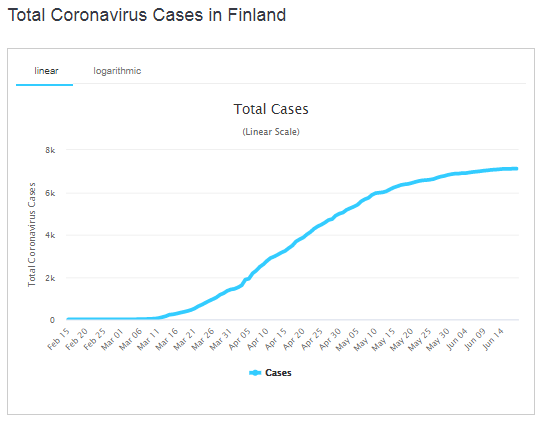 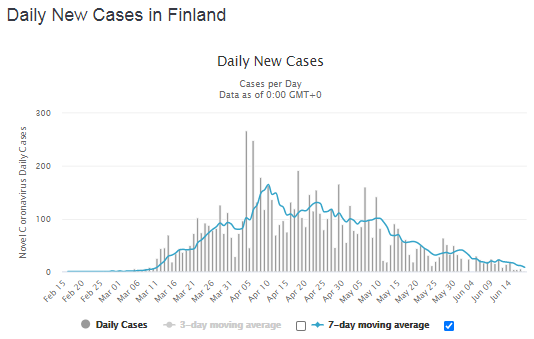 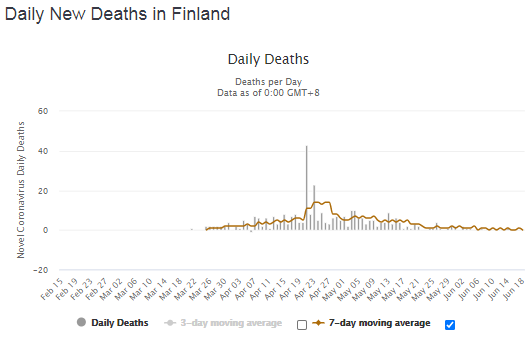 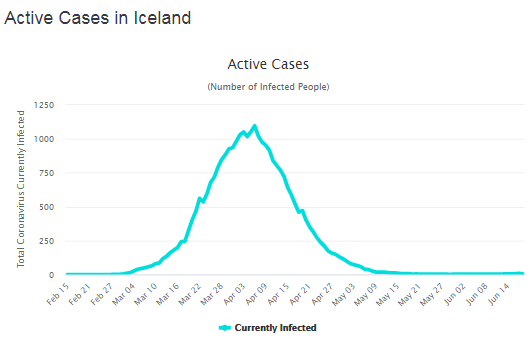 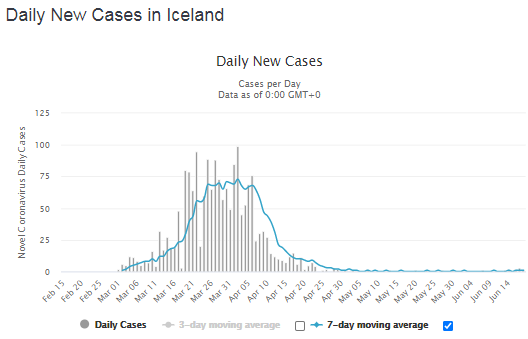 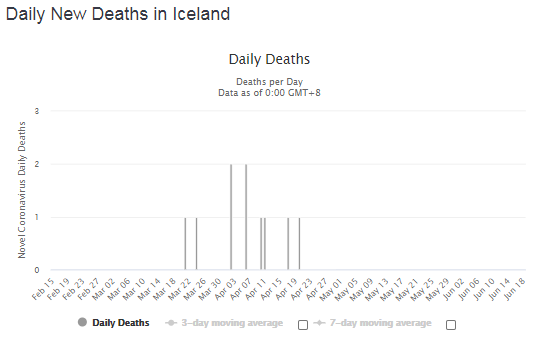 And then... there's Sweden! 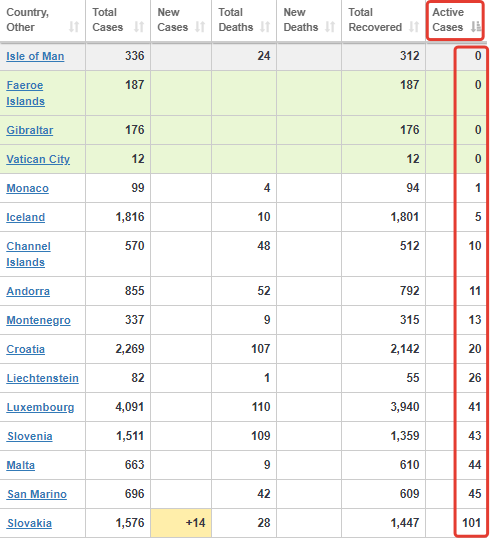 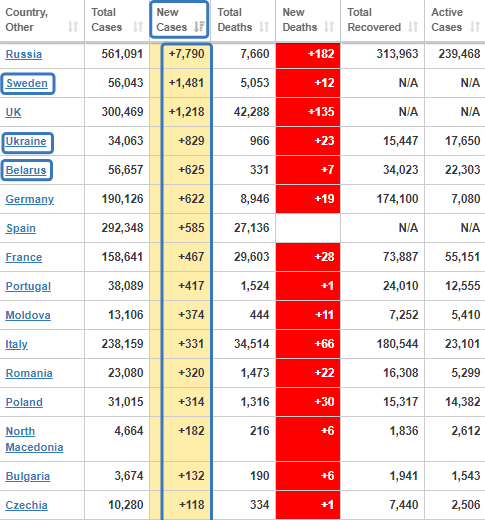 In a country with a criminal but coherent policy of systematically letting people die, if, suddenly, new daily cases go from some 500-700 per day to some 1000-1500 per day, the only explanations are that they are testing a little bit more, only to find out how much they are losing... or the epidemic is objectively getting worse in Sweden and, in that case, Sweden definitely lost!

These figures do not represent a second wave because the first wave never ended nor even begun to decrease progressively as in almost all other European nations.

More tests but nor that many more, because Sweden still has a super-low ratio of 6 tests to every case found positive, incredibly far away from the recommended (around 50). What does it mean? It means Swedes have no idea about the number of real cases nor the real extent of the epidemic there. The more they test, the more they will find positive cases, and the more they will conclude they lost.

See, once again, Sweden lost. and Sweden will lose more if it doesn't change its policy. A little bit more honesty to uncover more existent cases, and we could see many thousands of new daily cases in Sweden.

A little bit less of postmodern healthcare and Swedes could start testing all mild cases and multiply their number of new daily cases as well. That would allow all of us to have an even better perception of how much Sweden is loosing!

Swedish authorities manipulate, falsify, and omit data in order to hide their disastrous policy and sell a success that is not there!

1 - Swedish authorities constantly manipulate the figures of new daily deaths in order to falsify a bell curve (that would prove their policy successful, if it was real, but it is not). I already explained how they do it. Read PROVEN FACT: Sweden falsifies deaths by COVID-19 to fit a narrative.

If not yet convinced, you can analyze this new set of screenshots by yourself: 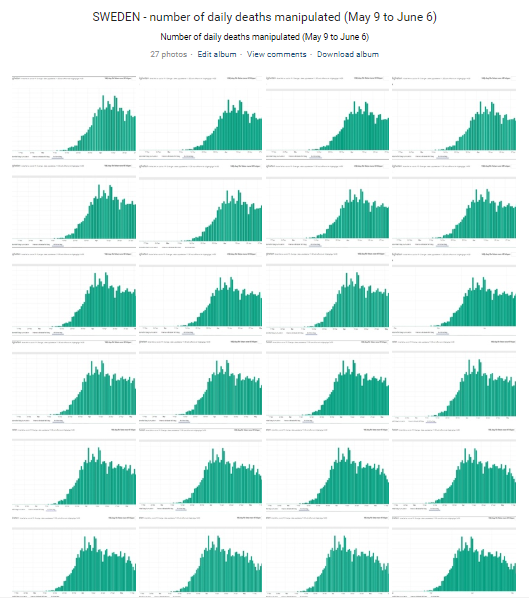 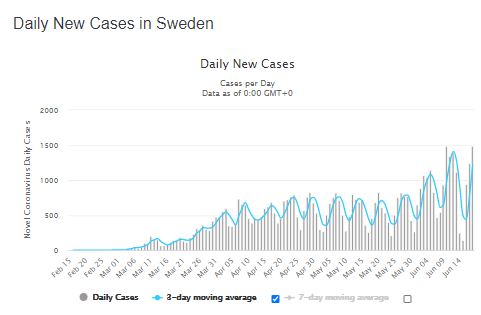 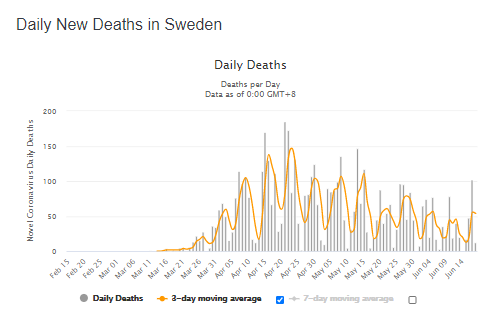 3 - Swedish authorities only test serious cases and specific castes of Swedish society. Learn more about it in this article: Delusional Approach: Sweden.

4 - A few days ago, aware of the mathematical certainty that Sweden, in the next few days, would become number 2 in Europe in the number of active cases (only after Russia), Swedish authorities decided to start omitting this very important indicator. How convenient is to censor information and how telling is this behavior!

5 - A few days ago, because the map available on their website was a very useful visual tool to prove that COVID-19 is now spreading fast throughout the entire country, the Swedish authorities decided to hide it. Sure you still can find it, if you speak Swedish or if you are stubborn enough to explore the entire website: 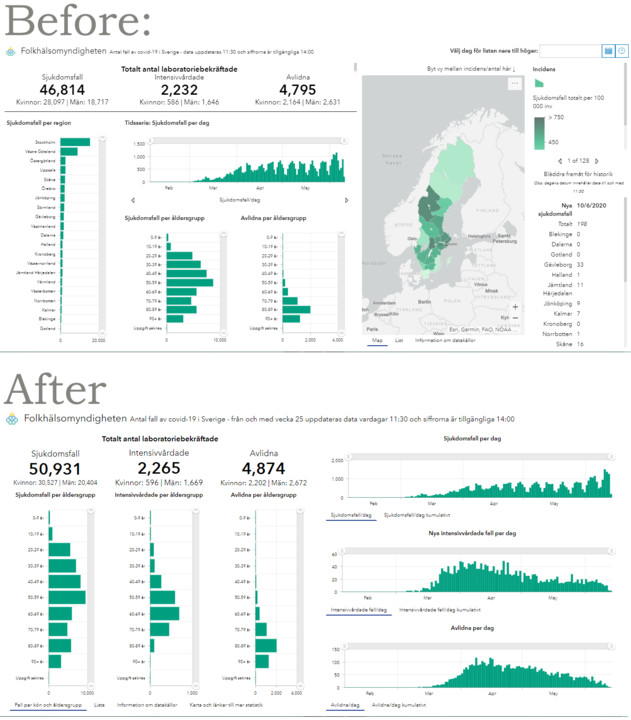 A not very attentive person will read "200 cases in Sweden" and will think "well, not that different from other European countries' figures". The problem is that, on that day, Sweden had 1000 new cases, not 200!

An easy way to expose such manipulative technics was to compare Worldometers' charts (which uses raw data from The Public Health Agency of Sweden) with the charts created by The Public Health Agency of Sweden. Unfortunately, Worldometers surrendered to Swedish manipulation of data (as Wikipedia has been doing from the very beginning) and now also changes the number of new daily cases from the past day every single day.

Still, with several successive daily screenshots of Worldometers's website or the website of The Public Health Agency of Sweden, it is very easy to prove what I just affirmed above.
Here is a set of screenshots from both websites: 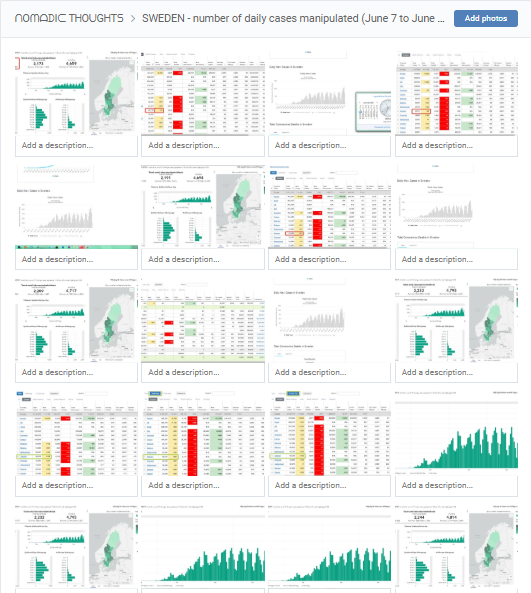 If you wish, you can use the screenshots the very same way I used in my article PROVEN FACT: Sweden falsifies deaths by COVID-19 to fit a narrative, and you can prove by yourself that Sweden systematically manipulates the number of new daily cases in a futile attempt to cover what is really happening: Sweden losing!