The Drums of War with China - Taiwan as the excuse

Furthermore, in its article 64 (and also in articles 26, 91, 119, and 120), it is clearly and specifically claimed Taiwanese jurisdiction over the territories of Tibet and Inner Mongolia. And so on. For more details, please read: Taiwan is Chinese for Dummies.

Check also the Taiwanese constitution by yourself:

Furthermore, during a meeting between Chinese and Taiwanese representatives on October 30, 1992, in Hong Kong, both parties agreed to acknowledge the "one China principle."

Nowadays, many think-tankers and political experts in the West and in Taiwan claim that the agreement "was not valid", or "no longer valid" or even "it never existed":

In any case, one only needs to visit official websites in order to fact check that the official institutions in Taiwan call Taiwan "The Republic of China":

According to the U.S. Department of State:

(...) the United States recognized the Government of the People’s Republic of China as the sole legal government of China, acknowledging the Chinese position that there is but one China and Taiwan is part of China."

"The United States does not support Taiwan independence." 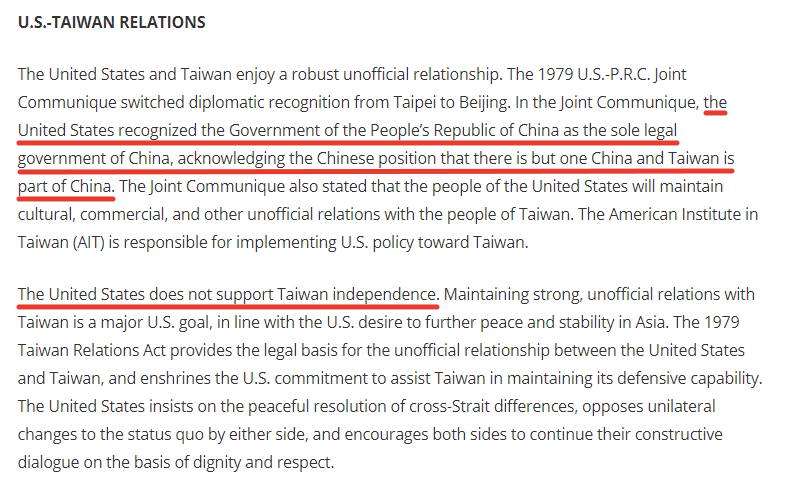 According to the Joint Communiqué of the United States of America and the People's Republic of China (also known as the Shanghai Communiqué) signed on February 27, 1972:

The United States acknowledges that all Chinese on either side of the Taiwan Strait maintain there is but one China and that Taiwan is a part of China. The United States Government does not challenge that position. It reaffirms its interest in a peaceful settlement of the Taiwan question by the Chinese themselves."

One of the evidences that Taiwan is an inalienable part of China: The 1943 Cairo Declaration issued by Britain, China and the US stipulates that the Chinese territories occupied by Japan, including Manchuria, Taiwan, etc., shall be returned to China. pic.twitter.com/24l9KC0yXQ

According to the Australian Department of Foreign Affairs and Trade:

Under the Constitution of the ROC, the authorities in Taipei still claim to be the legitimate government of the whole of China."

"Australia’s Joint Communiqué with the PRC recognised the Government of the PRC as China’s sole legal government, and acknowledged the position of the PRC that Taiwan was a province of the PRC." 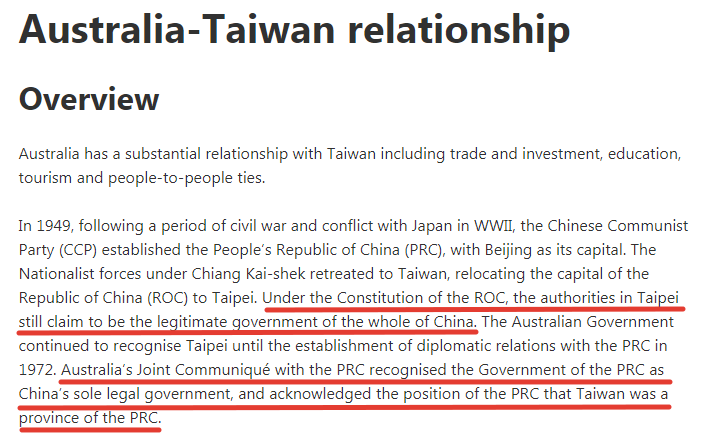 Recalling the principles of the Charter of the United Nations,

The position of a rational E.U. lawmaker

Rest of the world - Official position on Taiwan's status

Read: Taiwan is Chinese for Dummies 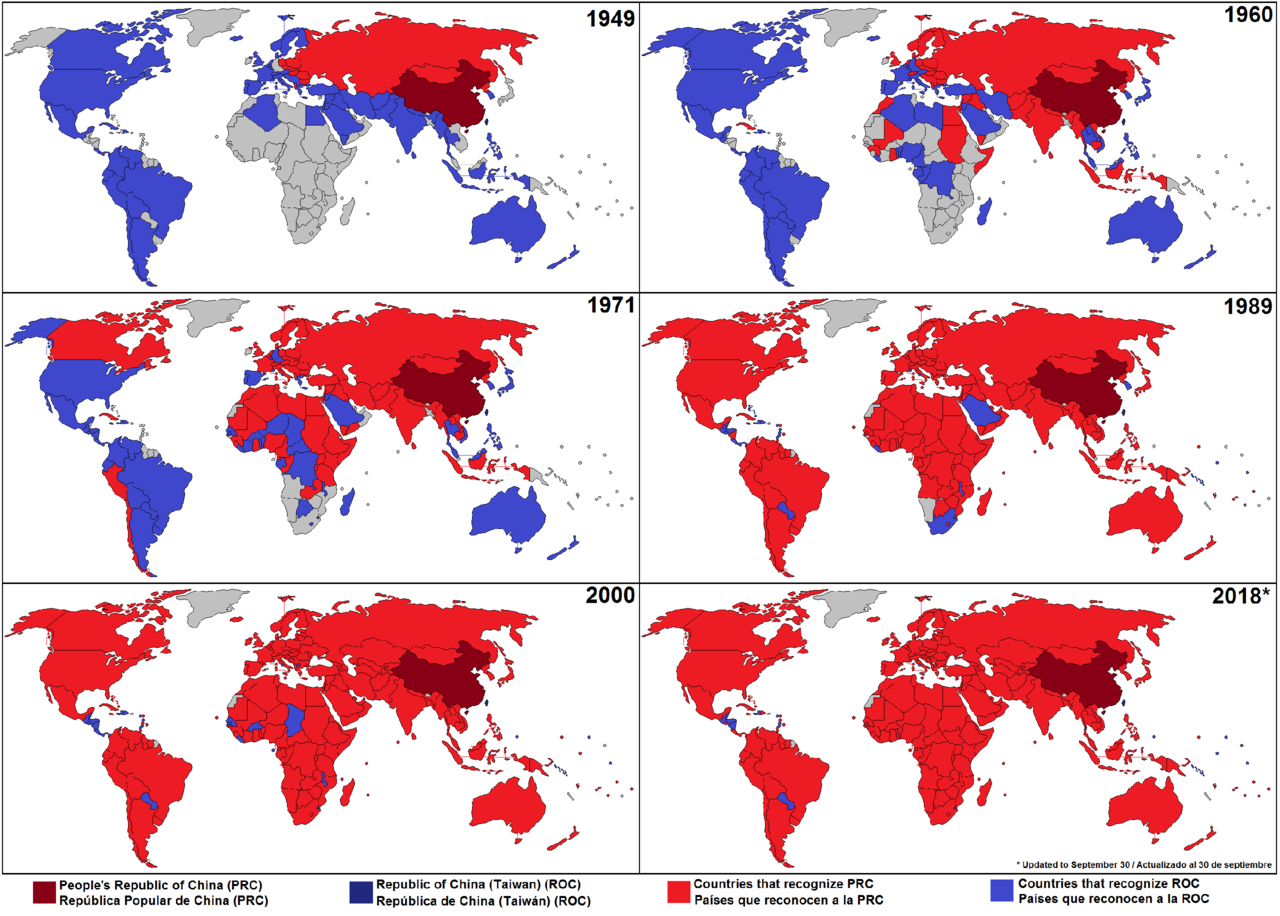