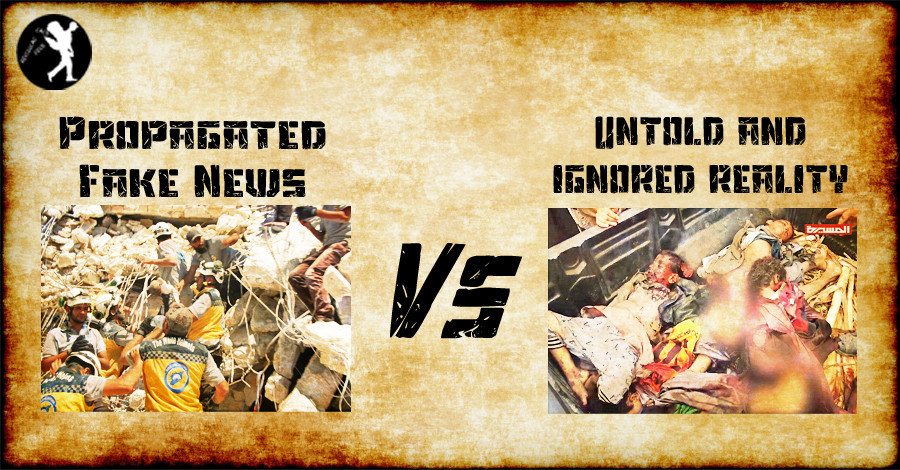 So much information is available about the terrorist nature of the White Helmets. Overwhelming amount of facts proving that they are the very opposite of what they pretend to be and of what Western Corporate Lying Media pretend to believe they are supposed to be:

And yet, 99% of the footage used by the Western Corporate Media to lie to us about the war in Syria comes from the White Helmets. Worst, most of the people in the West and all over the world continue to buy the outrageous humanitarian lies White Helmets tell and spread.

Just give a look to what most of the people say in reaction to this recently staged rescue proposed by the White Helmets:

White Helmets volunteers managed to rescue 10 people alive from under the rubbles so far, after the unknown explosion in the city of #Sarmada earlier today. The search and rescue operations continue for the missing. #Idlibs pic.twitter.com/XUmmoEZGoy 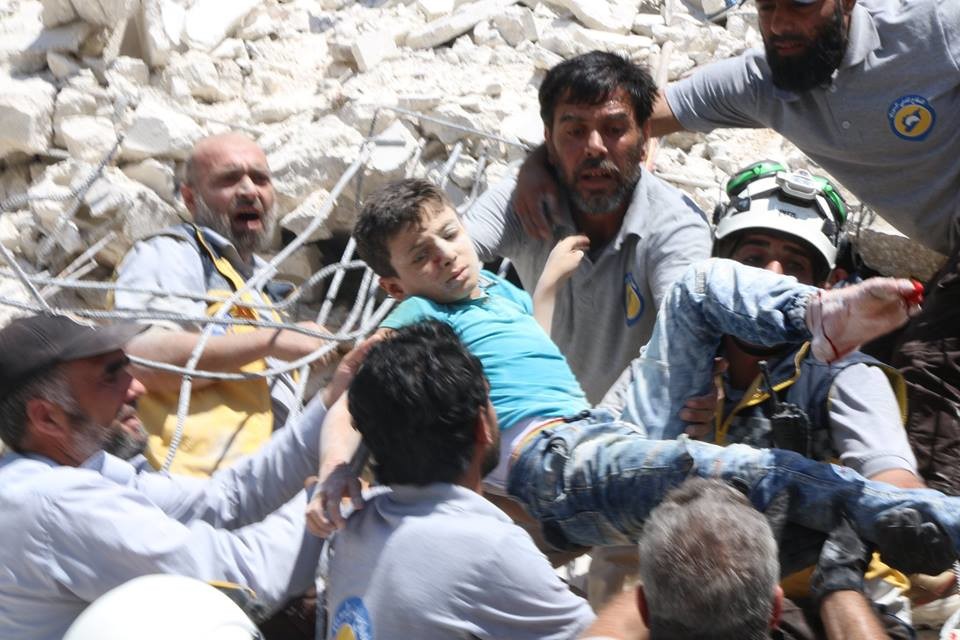 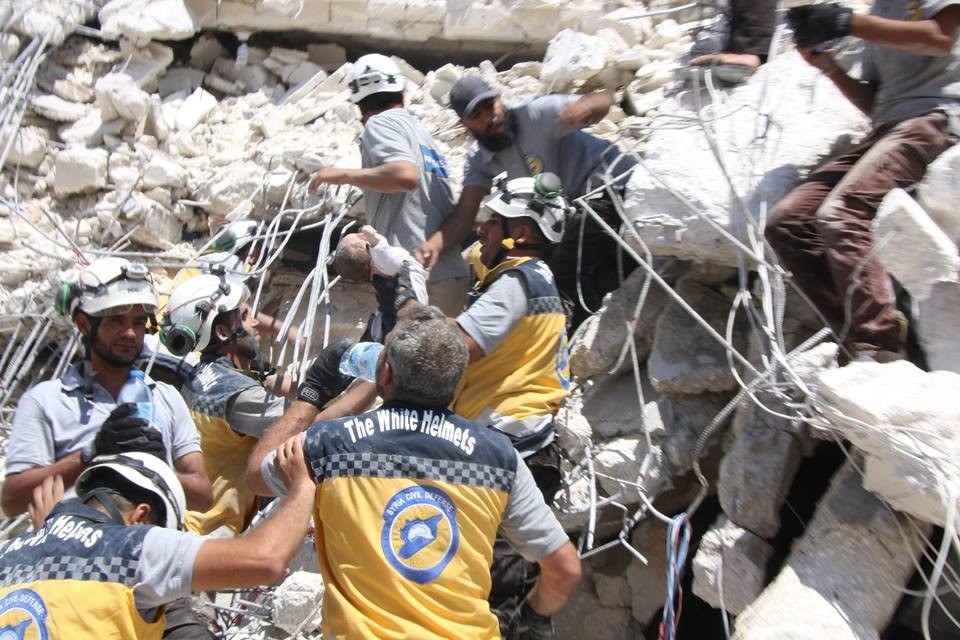 And watch this video:

Amazing right? Not that much, if you analyze their videos and pictures in detail. The pattern is obvious: their footage is all staged and it not that professional!

These White Helmets tweet shows just one of the most recent staged lies. We saw plenty during these years of Western aggression on Syria.

Why this one now? Why more of the same ridiculous lies, again?

Well, because of the upcoming reconquest of Idlib by the Syrian Arab Army (SAA) against the cocktail of al-Qaeda, Ahrar al-Sham, Jaish al-Islam and all the other dozens of Western-sponsored and Gulf States-sponsored shades of terrorism that, all together, are Orwellianly known as "Syrian freedom fighters", "Syrian rebels" and so... 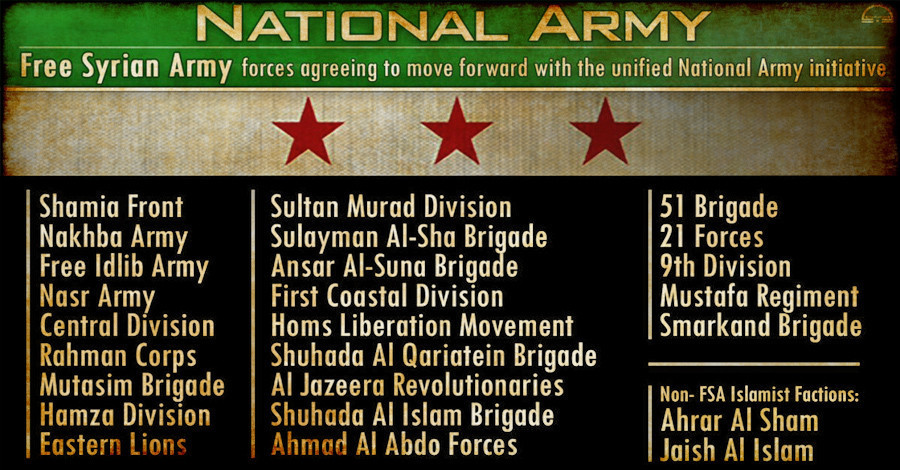 I insist: a new campaign of lies is being prepared to convince the pleb with the very same kind of lies Corporate Lying Media spread during the liberation of Aleppo.

Corporate Lying Media called it the "destruction of Aleppo", but plenty of footage available online proved them outrageously wrong.

You want a clear example? Here is one: 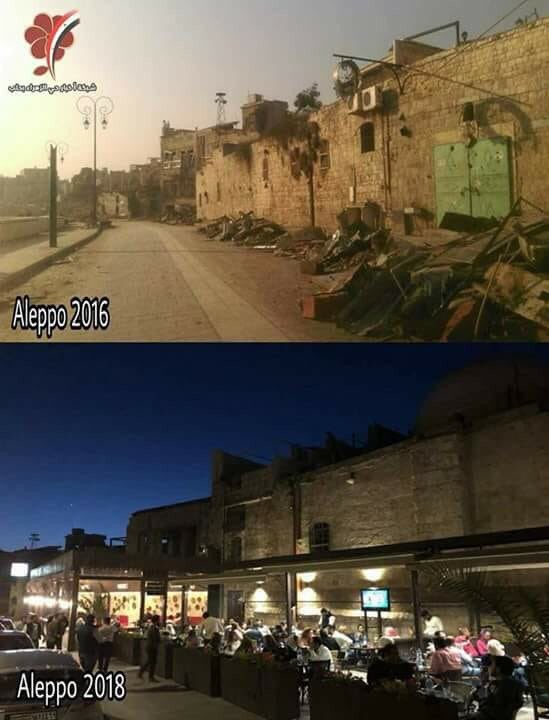 So get ready for the next brainwashing campaign about the "evil regime" and the "criminal Assad". And don't be surprised to find a second version of a postmodern crap called Civil March for Aleppo.

Done for now with the parallel false reality most of the people take as 'reality', I would like to elaborate on the real reality of Yemen shamefully ignored by the Western Corporate Lying Media and systematically censored by Facebook, Youtube, Google, and Twitter.

Years of barbaric destruction of defenseless Yemen, and yet nothing or almost nothing about it in Western Corporate Lying Media.

They have been destroying as much as they can of Yemen infrastructures. They have been killing and starving Yemenis to death for more than 3 years in all ways possible (bombing, embargoing, etc.).

Yet, little or nothing is said. Is it normal? Yes, it is. In an Orwellian reality as the one we live in, it is absolutely normal.

In this Orwellian realm, real and despicable tragedies - the fault of real genocidal regimes such as the US or Saudi Arabia - are not televised.

In this Orwellian realm, faked tragedies staged by the terror organization named White Helmets are constantly broadcasted all over the planet.

A few days ago the world was talking about the massacre of Yemeni children in a bus, by the Saudi Arabia Terror State. Great! Finally! 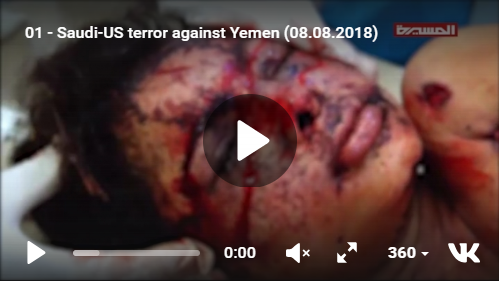 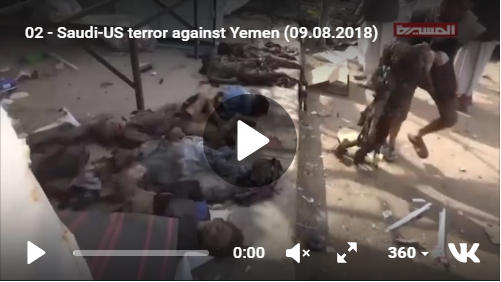 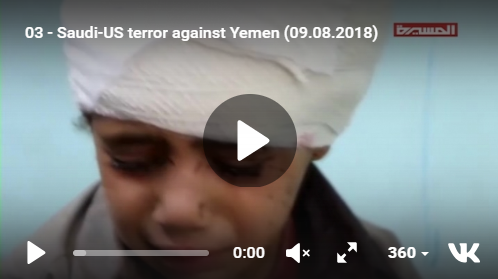 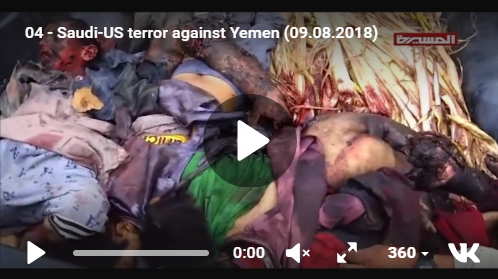 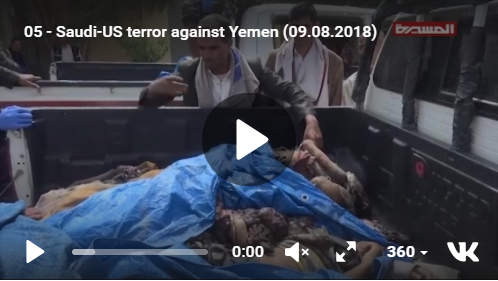 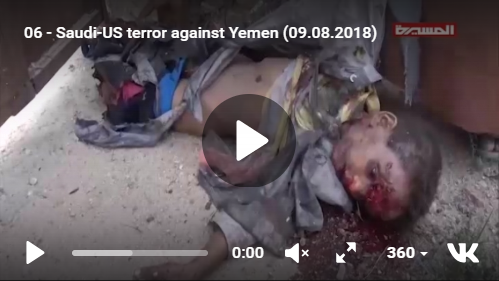 I remind you that Saudi Arabia constantly buys billions of dollars of modern (and very lethal) weaponry from the US, the UK, Canada, France, Spain and many other European countries.

I remind you that all these despicable Saudi crimes against humanity are made possible thanks to our will in the West to profit from it!

I remind you that many Western politicians have no problem at all to admit and even be proud of their weapons trade with Saudi Arabia:

Manuel Valls, French Prime-Minister at the time of the interview

I remind you that more of the same has been happening for more than 3 years.

You know nothing or little because little or nothing is said about this real reality.

And also because too much is said about parallel faked realities of Bad Assad and Bad Putin and Bad Kim Jong-Un and Bad Nicolás Maduro, leaving no space to real reality.

Just think about: even if all the things you heard about Assad and the Syrian government were true, and knowing (at the least from now on) that equally unspeakable crimes have been committed in Yemen for more than 3 years, how can you explain that every single media outlet tells you all the time about plenty of horrible things committed by Assad and the Syrian 'regime' and nothing about none of the countless crimes being committed in Yemen?

And then, on the top of it, why the allegations about Assad / Syrian government crimes are almost only based on unverified data from a terrorist organization called White Helmets or from the Syrian Observatory for Human Rights, a British organization based in the UK observing nothing nowhere and with zero correspondents in Syria?

How comes the Western Corporate Lying Media systematically ignores all the available data about the aggression on Yemen?

But no, no reaction from the Western Media.

If you have a brain, a properly functioning brain, all these incoherences can't possibly make sense to you.

No, something must be very wrong with our Western societies when most of us believe in poorly staged rescues in Syria (of victims with zero injuries and white cream spread over their faces), while most of us never heard about the 3 years long aggression on Yemen!

Do you want to start learning about the Saudi-US-UK-UAE aggression on Yemen?

Wonderful. Here are some links that can be helpful:

Again, this is ridiculous faked White Helmets footage from Syria: 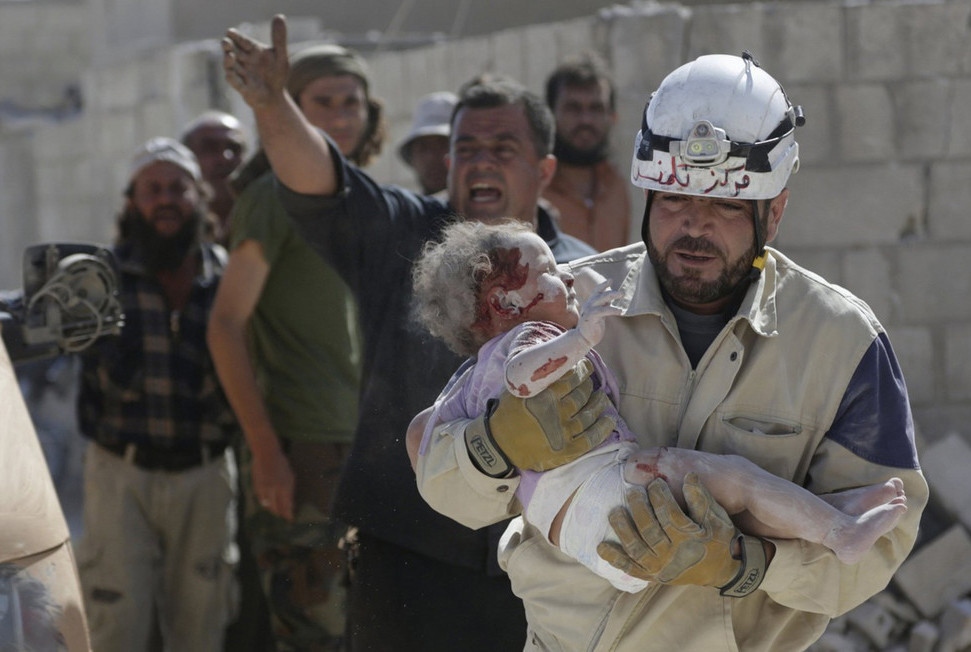 Again, this is the untold and unspeakable real daily reality in Yemen:

US bombs used by Saudis to massacre Yemeni children