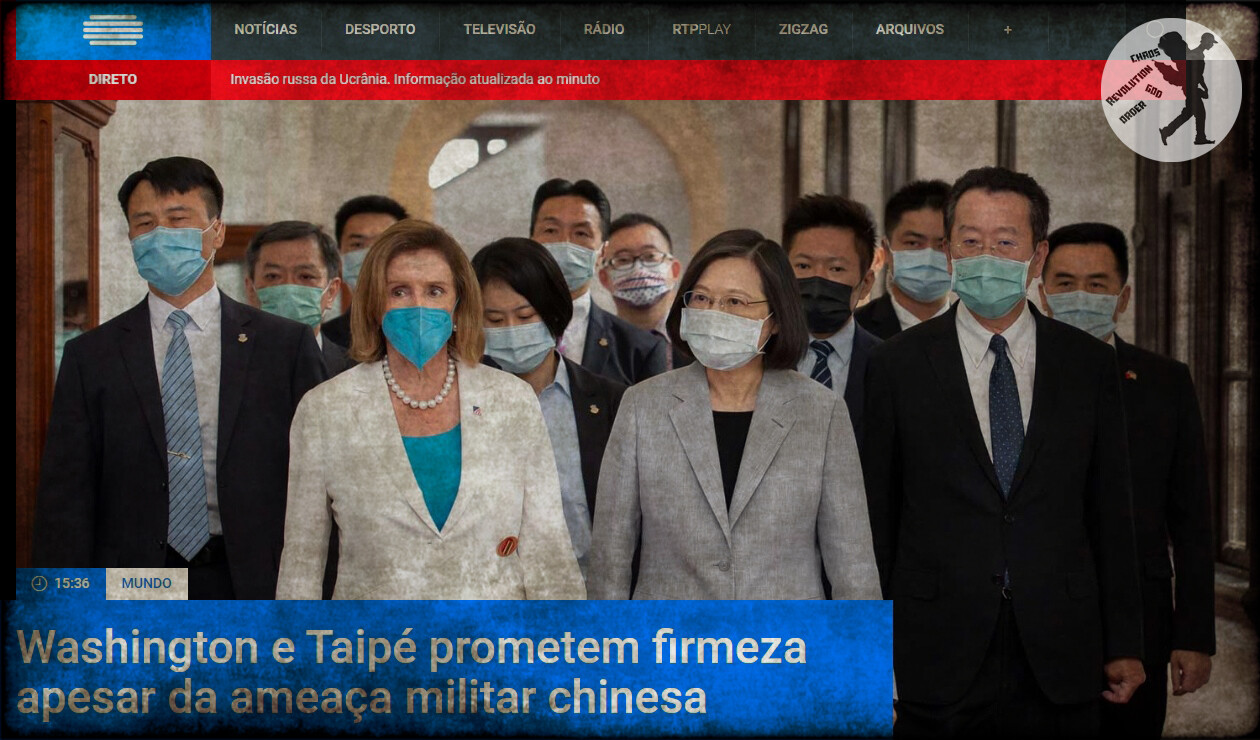 As it is made clear by the front page of the Portuguese state-owned news outlet (cover of this article), the Portuguese government disrespects the sovereignty of China, while prostituting itself to side with the bully USA against bullied China:

Despite all the sinophobic rubbish constantly published by the Portuguese state-owned news outlet, the Portuguese government officially recognizes Taiwan as part of China. These petty lackeys are only repeating the very same US incoherence.

Day after day, Portuguese journalists show either their ignorance (and therefore should change job) or their anti-journalistic motivations to lie about China. In any case, when these prostituted journalists claim over and over that Taiwan is not Chinese and that the aggressive side is China (instead of the US), the only thing they are producing is misinformation, xenophobia and dangerous warmongering. In a fair society, this type of person should be locked (in prisons) for good!

Taiwan is a Chinese island, as I extensively explained in these 3 articles:

Furthermore, 180 of 193 countries officially recognize China as a sovereign state and Taiwan as part of China. This list of nations includes the US, the UK, Australia, all the EU members, Portugal included. If someone has a doubt about it, read:

4. The two Parties reiterated their respect for the sovereignty and territorial integrity of Portugal and China, as well as mutual understanding and support on issues that concern the vital interests and major concerns of both countries. Portugal reaffirmed its continued adherence to the “One China” principle, as well as its support for the Chinese position on the Taiwan issue. The Chinese side expressed appreciation for this support."

For those who still do not get it, Portugal cut diplomatic ties with Taiwan in 1975, and then established diplomatic relations with China in 1979, recognizing Taiwan from that moment on as an integral part of China.

What we hear now in the Portuguese and other Western media are pure manipulative lies meant to misguide a Portuguese/Western populace mainly composed of utterly gullible imbeciles, petty sheep-like humans with unreasonable complexes of superiority and, undoubtedly, a deranged crowd of arrogant ignorants living in a dystopian parallel reality.