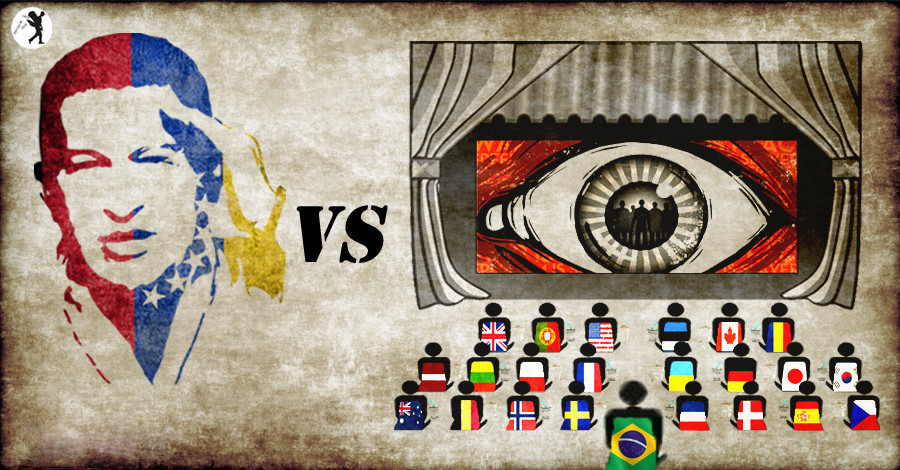 One of the first measures taken by the Brazilian fascist regime (under Bolsonaro) was to kick Cuban doctors and nurses out of Brazil, leaving more than 90% of Amazon inhabitants without access to medical care. This measure was equal to the ones taken in Bolivia and Ecuador under US Terror State-imposed regimes. And, of course, those measures were orders coming from the US Terror State.
Under the rule of the same US-puppet Bolsonaro, Brazil has been embargoing Venezuela, threatening Venezuela, sabotaging Venezuela, stealing Venezuela, and offering itself to help the US Terror State invade Venezuela.
Brazilian fascist regime spares no words when it comes to vilify Maduro's government and blame him personally for the deathly consequences of the medical embargo imposed by Western inhuman and criminal regimes like the Portuguese, in the form of billions of euros stolen in European accounts the Venezuelan government used to use to buy medical supplies from Europe:

Which banks have stolen the assets of #Venezuela and how much? Thank you #PSUV pic.twitter.com/HUqqQYYmfT

Despite the aggressions, the terrorist attacks, the coups attempts, the embargoes, and all the stolen money, tiny Cuba and small Venezuela, ruled by socialist governments, manage to do what "free" nations (like my pathetic Portugal) don't: to do their own research and come up with their own indigenous vaccines and drugs to fight COVID-19 [read more about this].
Countries like my pathetic Portugal do the very opposite. They submissively accept all EU orders to buy Western low-quality vaccines and to deny their people access to good-quality vaccines if produced in Russia or China...
Countries like my pathetic Portugal also produce despicable lies and manipulations of truth, on a daily basis, to brainwash the Portuguese populace against humanist Cuba and humanist Venezuela.
Countries like the UK actively steal money to sabotage Cuban vaccines meant to protect the most unfavored people in the world from COVID-19:
They brainwash the Western populaces against humanist Cuba and humanist Venezuela, but they can't explain this:

I added Colombia (or the Israel of South America, to be more precise) because this country is the prime vassal state prostituting itself in the name of US Terror State aggression against Venezuela.
Colombia hosts 7 US Terror State military bases. Colombia takes the leading role in the aggressions ordered by the US Terror State against Venezuela [read this article]. Colombia smuggled Venezuelan immigrants into Venezuela, in a conscious criminal act that led to the spread of COVID-19 in Venezuela.
Barbaric Colombia refuses to vaccinate Venezuelans residing in Colombia, while humanist Venezuela, of course, reassures it will vaccinate every immigrant residing in Venezuela, independently of their country of origin.
They brainwash the Western populaces against humanist Cuba and humanist Venezuela, but they can't explain this: 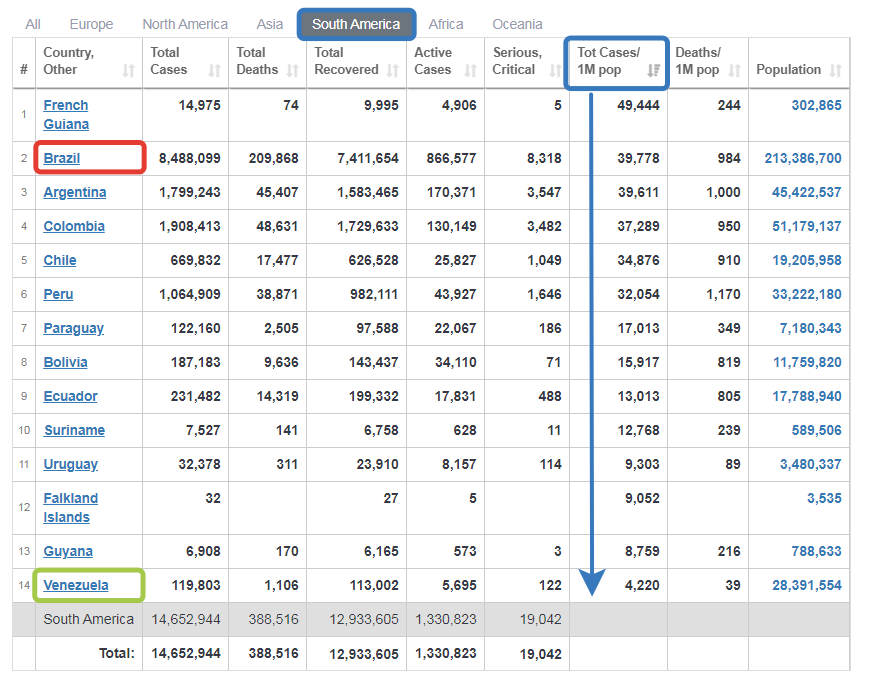 Venezuela sends oxygen tanks to the Brazilian state of Amazonas amid COVID-19:
At the request of President Nicolás Maduro, the Venezuelan government is sending tanks of oxygen to the Brazilian state of Amazonas. The information was confirmed by federal deputy for Amazonas, José Ricardo of the Workers’ Party, on social media. State Governor Wilson Lima also thanked the Venezuelan government on social media. The Brazilian foreign ministry meanwhile requested that the US government help transport oxygen tanks."
[full article here]
[Portuguese version here]
[Spanish version here]

Still skeptical? Read it on Yahoo! News, if you prefer:

Reading from a message sent by Justo Noguera, governor of Venezuela's southern Bolivar state, Maduro said during a state television appearance that the six trucks would arrive at the Santa Elena de Uairen border crossing by morning, where they would be handed over to Brazilian health authorities.

From there, the trucks - carrying some 136,000 liters of oxygen, enough to fill 14,000 individual canisters - would take 14 hours to arrive in Manaus, the capital of Amazonas, whose hospital system is collapsing due to the pandemic.

What else do people in Brazil, in the US, or in Europe need to read or listen in order to understand who is right and who is wrong in the ideological battle between neoliberal bellicose West and socialist peaceful humanist nations like Venezuela and Cuba?
Luís Garcia, Thailand