Dumb me, I had forgotten the truth is not welcomed on Facebook, by Luís Garcia 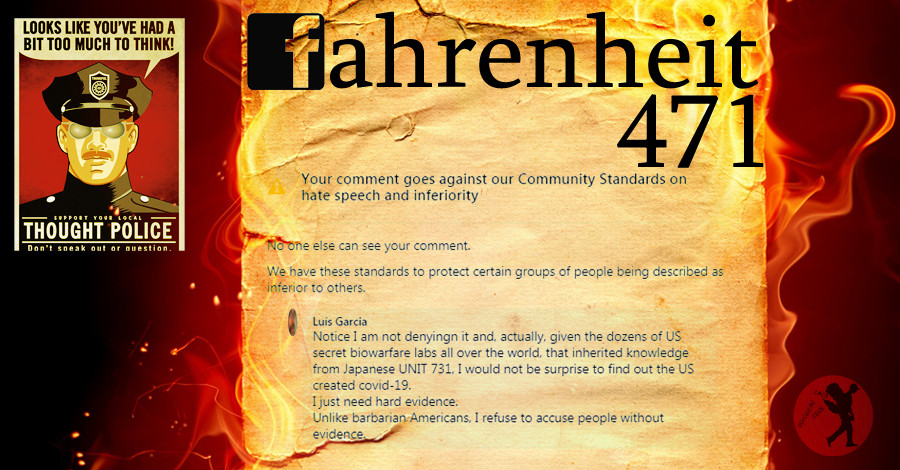 Oh, silly me, I got so used to be free to tell obvious truths on VK that I forgot why I lost my Facebook, Instagram, and Twitter accounts, and dared once again to write some inconvenient truths on Facebook. Mea culpa, hahaha!

See, with so many valid accusations we can make against criminal Trump (fascist coup in Bolivia, criminal interference in Hong Kong China, coup attempts in Venezuela, airstrikes and plundering of oil in Syria, etc), many delusional beings believe that, to be a cool revolutionary is to bash Trump no matter what.

Often, these pseudo-revolutionaries forget to blame Trump for his real crimes, opting to blame him for what he did not do or bash him for how he looks like. Lame!

Today I found a post by a pseudo-revolutionary on Facebook falsely claiming Trump "invaded countries" and calling "Trumpvirus" to Covid-19, while assuming the death of hundreds of thousands of US Terror State citizens with Covid-19 somehow has something to do with "karma": 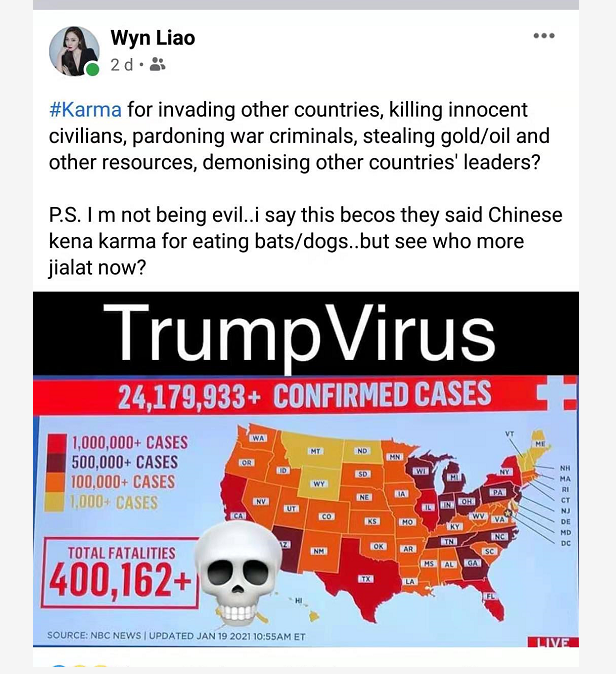 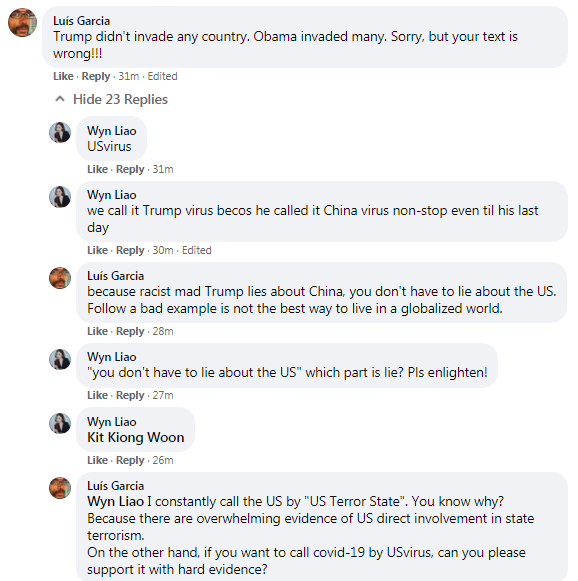 I decided to react but, dumb me, I forgot I was using Orwellian facebook and, a few seconds after having posted it, one of my comments had already been removed by Facebook's Thought Police: 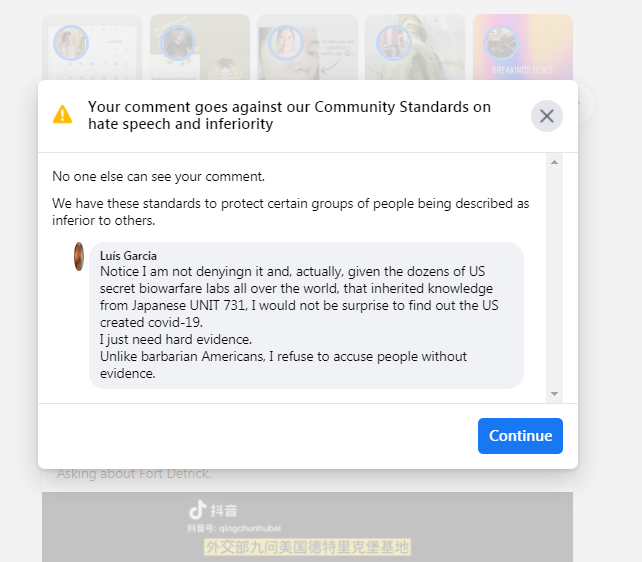 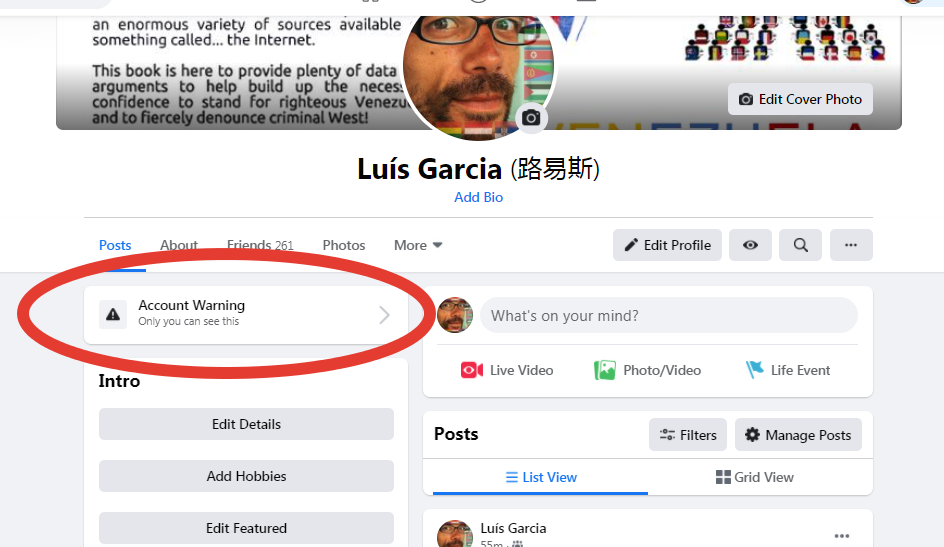 Facebook has been blocking every type of conspiracy theory involving Covid-19 but, in this case, Facebook's Thought Police censored me, the one who was actually arguing we should not accuse others of something without providing evidence!  Hilarious!
How come? So, we can't make up theories of the origin of Covid-19, unless the conspiracy theory includes accusing/bashing Trump?

Or, is it not allowed on Facebook to make comments on facts about Japanese past crimes or US Terror State present crimes?

Or, is it not allowed to call barbarians "barbarians"? Oh, I'm sorry, but their armed forces are pretty much barbarian:

Furthermore, the vast majority of US Terror State citizens are proud of their country and of their terrorist armed forces.

Furthermore, the vast majority accept all the shameless lies against China pretty well. And these were my points.

So, why can't I state factual reality and express myself freely? Ah, right, because I was dumb enough to do so on Facebook. Had I exercise my right to free speech on VK, and the censorship would not have happened.

Oh, right, let me do it one more time on VK, just to prove my point. I will copy-paste the exact same sentence (including typos) and post it on VK:

See, Russian VK does not censor me, unlike Facebook!

Yet, for the very same words on Facebook, I'm a "violator":