NOTE: This is an open article. When necessary, It will be updated to include more anti-China propaganda videos or new information. 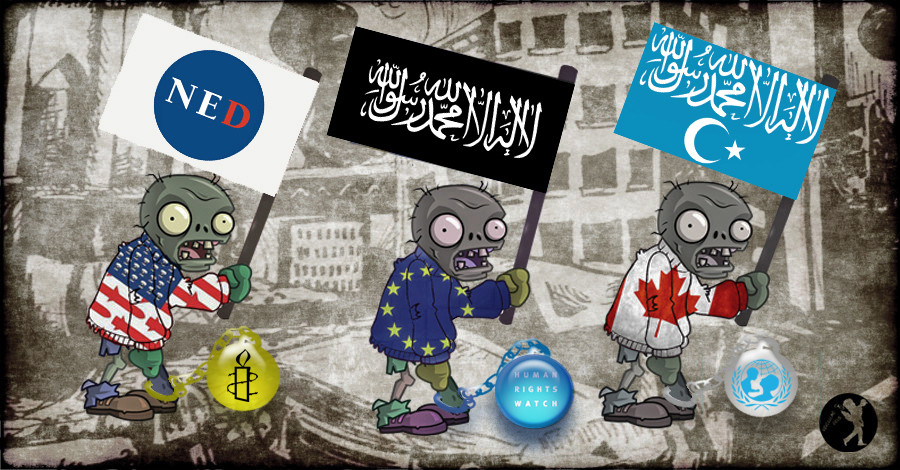 There's an overwhelming amount of publications, information and data disproving the absolutely nonsensical Western claim of "up to 1 million" Uighurs "imprisoned" in so-called "concentration camps" in China. Yet, delusional Westerners wishfully swallow any lie or false claim denigrating China, the CCP, the Chinese government or the Chinese people.

In that case, instead of showing westerners Chinese "propaganda" or pro-China "propaganda", the best approach would be to dismantle the "information" westerners use to "prove" how "evil China is".

To do so, I have here a list of 11 short-documentaries produced by major Western lying MSM, ready to be debunked. I invite you all to send me data, footage, articles, documents or simply arguments you might find useful to debunk any of these videos.

You can do it by leaving a comment in this article or in this 21SilkRd's discussion.

If you prefer, you can send me an email (nomada1@yandex.com) or a message to my FB account (lgnomada).

You can also propose other videos to be debunked.

If you know about existing articles debunking some of these videos, please let me know.

If you have something useful to debunk a certain part of one of these videos, before the data, please add to your message/email something like: "about video 3, 08m05s to 08m53s".

That will help me organize the information in chronological order.

The names of the contributors will appear at the end of each article (I will publish one article for each video).

The articles can be republished without prior authorization, but please add a reference (with a link) to the original publication.

The data can be divided into 2 categories, arguments and facts, both to be backed by all the data you can provide.

The arguments/facts can be direct ones (about the treatment given to the Uighur people, standards of living in Xinjiang, Chinese policies, arrested persons, etc.) or indirect ones (concentration camps in the US for underaged migrants, treatment of terrorists in France, Western NGOs backing pro-independence movements in China, Western indirect attacks against the Belt and Road Initiative, etc). I will give some more random examples:

NOTE: I am currently working on this one.

VIDEO 5 - How China is crushing the Uighurs | The Economist | USA

VIDEO 10 - China’s Vanishing Muslims: Undercover In The Most Dystopian Place In The World | VICE | USA

Bai Tian, Ambassador of the People’s Republic of China to Malaysia

Lyu Jian, Ambassador of the People’s Republic of China to Thailand